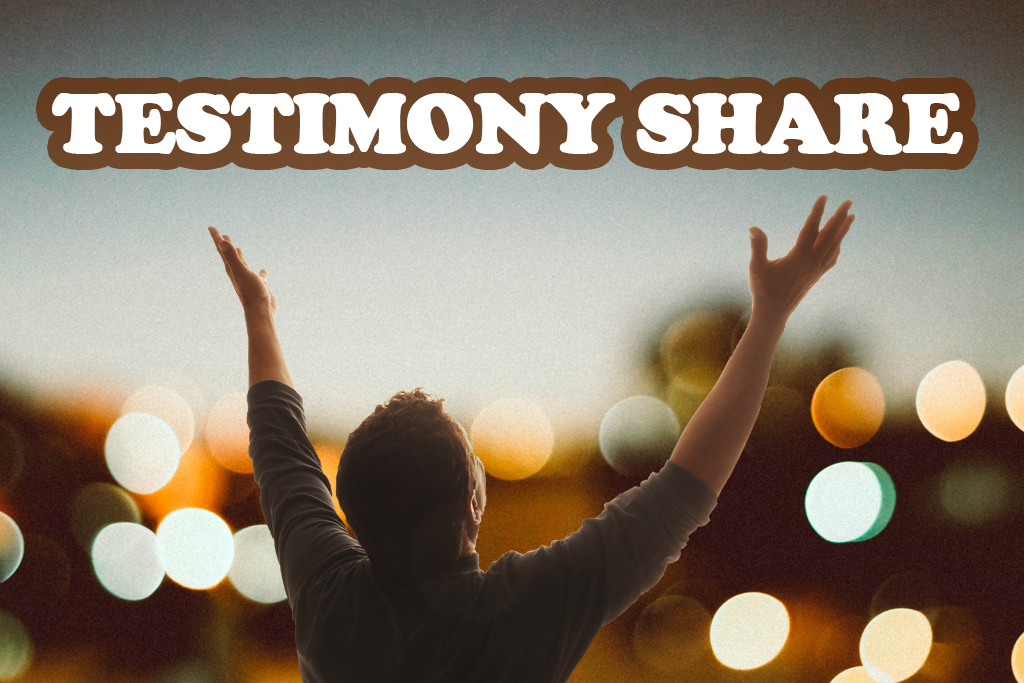 It was around 5:30 am when I was awakened by “3” urgent taps on my leg below my knee. I immediately sat up thinking it was my husband but confused at the same time because he was sound asleep I tried to wake him up but he wouldn’t wake up, I felt in my heart I needed to get up A.S.A.P and pray for all my loved ones, I went to my living room along with my bible and immediately prayed.

Later that day around 2:30 pm my two brothers came to my house to visit and I noticed that my older brother was really dirty like he had been dragged in dirt and had scrapped knees & elbows, then my older brother said to me, can you believe I would not be here talking to you right now, my older brother then said we went bike riding to some hills & since he is a beginner in mountain bike riding he said he was riding trough a narrow path that was really bumpy when all of a sudden his bike flipped over and he fell of the hill side along with his bike but it just so happened that as he was tumbling down about 25-30 feet there was a crack on the earth that he was able to sit down to break with his feet and that prevented him from falling further down, my brother said he got really lucky because there was no other cracks on the hill side but that one; everything else was smooth even his bike got stuck there, then my younger brother was trying to help him up and was having a hard time because the dirt was dry and every time he stepped a little of the edge the dirt below his feet would start to crumble off; then another bike rider happened to pass by & they were able to helped my brother up the path again.

As soon as my brother was telling me this the “3”Â urgent taps came to my mind & I felt goose bumps all over my body and I realized that GOD all mighty had warned me so that I may pray to prevent a tragedy from happening and a heart ache for my mother and father and family. God works in many mysterious ways & he always sends his angels to warn us and help us in our time of need. God is so amazing.